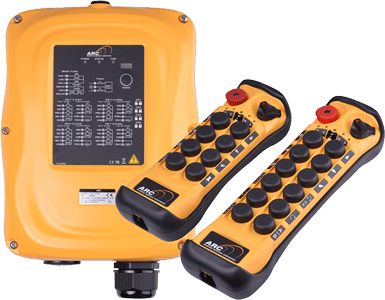 Universal radio remote controls with 8 or 12 buttons and relay or proportional outputs.

Each horizontal row of transmitter buttons is fitted with buttons according to the user’s requirements:

The type of output is determined by the buttons of the transmitter and is further set according to the user’s requirements.

Other features, setting options and technical parameters are identical to Flex EX2.